The objectives that many brands pursue when they invest into securing themselves pro-active exposure in the media landscape is often three fold: They mostly want to raise the awareness of their target audiences, position themselves strategically within the marketplace and deliver key messages that will empower all of their stakeholders to make better informed decisions.

It was no different for the conveners of the 2017 ICON Comic and Games Convention (ICON CGC) when they approached Twiga Communications to publicise their 25th Anniversary convention aptly named: Home of the Super-Hero.

ICON CGC is South Africa’s longest running and largest pop culture event – the destination for leading gaming and pop culture experts and anyone looking to celebrate their fantasy world while being immersed in a compelling and exciting storyline.

Secure in the knowledge that Twiga’s reputation rests on exceptional and long-standing media relations capabilities, ICON’s conveners commissioned us to ensure that we worked our magic with general print, broadcast and online media whose editorial focuses on informing fun loving publics about lifestyle themes. We were soon helping them spread the word to their target audience pop culture lovers and geek bloggers and social media influencers about the Convention’s jam packed programme, visiting international guests and ticketing details.

Within the space of a month, we successfully secured published editorial worth over R2 million Advertising Value Equivalency (AVE) (evaluation provided by Newsclip) that also scored highly when Barcelona Principles were applied to the analysis. It reached their target audience, was positive in tone, enjoyed prominence and included ICON’s key messages as well as quotes from ICON CGC’s spokesperson Les Allen.

Twiga achieved this by identifying newsworthy themes and disseminating tailor made editorial content to every platform known to carry South African news of interest to fun-loving convention goers. We also enabled and scheduled live and pre-recorded media interviews with the convention’s popular international guests – in person – throughout the weekend’s programme.

Over the three day programme, International Cosplay Guest of Honour, the sensational Linda Le, aka. “Vampy Bit Me”, became such a darling of local geek and lifestyle media that she is very keen to return for the next Edition of ICON CGC.

The extensive coverage has ensured that the best moments of this 25th Edition live on beyond the boundaries of the convention and at the same time have built the value of the ICON CGC brand.

What we learnt along the way is that geeks are no longer on the fringe. Mainstream media exposure is making their expertise, enthusiasm and points of obsession with hobbies and intellectual pursuits accessible. Here at Twiga we were excited to help media tell the story that gaming and storytelling releases a part of everyone’s being into the future.

Have a look at just some of the online media exposure we secured here: Stuff, News24, htxt, What’s on in Gauteng, Joburg.co.za, Student Brands, Fortress of Solitude, Get It Pretoria and Geek Node. 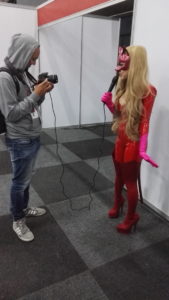 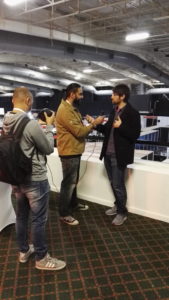