In July 2017, Twiga was brought on board to assist in profiling the new television commercial of Momentum Proteas Women’s Cricket Team and its key message in the media – particularly *outside* of Sports editorial pages and online portals.

The objective of Cricket SA was to inspire and raise the awareness of young South African girls (and the adults who guide their career choices) that our national sports team are role models and heroes and that everyone who looks up to them can be one too. Media pages covering lifestyle topics, and portals covering media and marketing related news were selected as our target, given they are consumed by those with an interest in trend setting.

Our timeframe was tight; we had to secure the exposure during the period of a few weeks when the team of champions were rising to their strength at the International Cricket Council (ICC) Women’s Cricket World Cup in England – and immediately upon their return to home soil.

We spread our net wide, capturing the attention of just about our entire network of journalist contacts as well as motivating those who could write on the topic and were not yet known to us. We asked all to be part of delivering the national team’s key message to their readers and following.

What a privilege to assist a national sports team, all members being utter professionals who have talent, grit and the determination to win at an international level. And what a challenge to transform editors’ mind sets when they lean towards rather apportioning column space to men sporting heroes, in the sporting section of newspapers, magazines and shows broadcast on radio and TV.

An indication of our success in breaking through these barriers is the comment made by Sue de Groot, Sunday Times’ Lifestyle editor, who wrote in her article “A Sporting Chance” published in print on 27 August that “The media coverage received during the recent ICC women’s world cup was unprecedented”.  She was a strong ally for us, and boldly proposed within that same article that, “the media will only take notice of women’s sport if the sport has personalities to promote, but until the media takes a chance on sport, who is to know whether the personalities exist or not?” A few months later, National Real Estate Guide, the widely read magazine of Engel and Volkers jumped on board and profiled team captain Dane van Niekerk with a Q&A that we processed for them. Take a look HERE. Meanwhile, City Press also shouted out “SA women’s cricket team finally gets their own advert”.

Parallel to this editorial coverage we secured, the TVC gained significant traction across Facebook, Instagram and Twitter with very high engagement rates; and views on YouTube rose steadily. The commercial brings the essence of the Proteas to all South Africans, conveying the message that the team in its entirety and each individual member of the team is #alwaysrising.

In case you are curious, the TVC (produced by Workbench) can be viewed: HERE 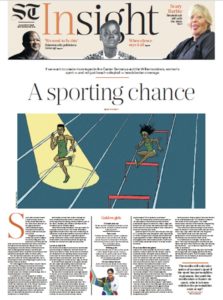 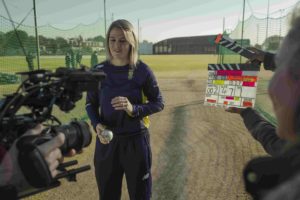 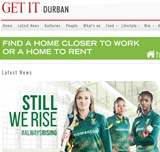