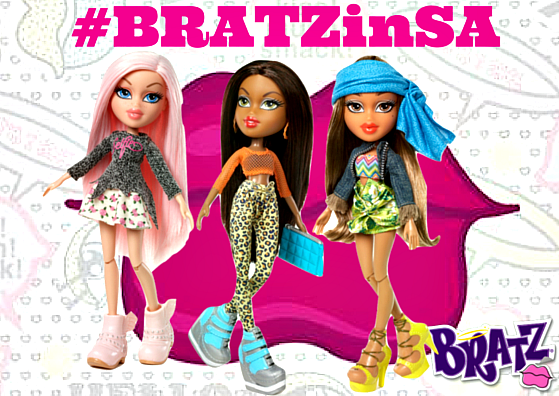 In order to promote the new range, Twiga Communications implemented a PR campaign with a strong social media element to create talkability, and spread the message that the dolls are back on the shelves.

Twiga Communications was commissioned by Prima Toys to create and implement a launch campaign for the Bratz dolls, an MGA brand that had been on “vacation” for the past two years.

In collaboration with Chat Factory, Twiga Communications strategised a social influencer campaign to drive awareness and generate interest in the new range of dolls. Social influencers were carefully selected; and a Bratz doll that matched their look, interests or personality was assigned to each of them. Each online influencer received their doll together with a personalised note, which ended with a question, prompting the influencer to share their answer and excitement using #BratzinSA.

Targeting specific influencers played a key role in the virtual launch of the dolls. As such, the campaign was a success from the outset, trending on Twitter from the early afternoon through to the evening on the day of launch.

The virtual launch was followed by a physical ‘real world’ launch with the social influencers, members of media and other VIPs welcoming the dolls onto the shelves the night before they went on sale nationally.

Franco D’Onofrio, MD of Twiga Communications, says that it was important for the overall PR strategy to be aligned to the brand objective of augmenting the Bratz presence in the virtual world. “The Bratz campaign needed to be highly targeted, effective and make a big noise in a short space of time, and then be supported long-term through sustained messaging. More importantly, the campaign needed to get Bratz off the shelves and into shopping baskets, which it is successfully doing,” D’Onofrio says.

Jodene Shaer of Chat Factory explains that proper targeting of social influencers is an essential part of ensuring a successful online influencer campaign. “We thought out the box and didn’t do the obvious, which would have been sending the dolls to moms with daughters. Instead, we targeted social influencers who have exciting, engaging audiences and know how to have fun online. We gave adults, not kids, the dolls to play with,” she says.

“While PR is evolving, and there is a large focus on digital, it is important to balance this off with communications across all channels, including broadcast and print.  The #BratzinSA campaign was ‘integrated’ in this sense, and this is the key to success.  It is not only about understanding your target market, but also the needs of the client and their business requirements.  A successful campaign delivers on both fronts,” concludes D’Onofrio.